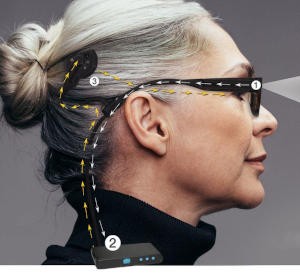 Results presented during the 38th Annual JP Morgan Conference in San Francisco demonstrated improved combined performance of all six functional vision tests at 44 weeks of active use of the device.

“These outcomes represent a significant milestone for Bionic Vision Technologies and give hope to many patients who have lost their sight due to late-stage RP,” said Ash Attia, CEO. “Based on these positive results, BVT intends to initiate a worldwide clinical trial for the commercialization of our Gen3 device which will offer improved performance and usability as well as a streamlined external design, similar to the appearance of traditional eyeglasses.”

This current two-year pilot study, being conducted at the Centre for Eye Research Australia (CERA) and the Bionics Institute in Melbourne, Australia, involves four adult participants with near total blindness caused by the inherited retinal disease, Retinitis Pigmentosa. Each study participant was unilaterally implanted with the BVT Gen2 suprachoroidal visual prosthesis in the eye with the least remaining vision. Mobility testing was initiated after a two-month surgical healing period followed by a 16-week period of vision rehabilitation training. Participants were asked to complete a series of six tests at 17 weeks following training and then at three monthly intervals from week 20 with the device turned both “on” and “off” to assess performance. Data has been collected up to 44 weeks for all patients and will continue to be collected for up to 104 weeks.

“This 44-week combined report gives us important new insight about the real-world use of the Bionic Eye System,” said Associate Professor Penelope Allen, MD, Principal Investigator and Head of the Vitreoretinal Unit at CERA and the Royal Victorian Eye and Ear Hospital. “The data from this trial demonstrates that the longer patients use the system, the more proficient they become at locating objects, recognizing doorways and avoiding obstacles − all of which contribute to a greater sense of mobility and independence in the day-to-day lives of people who are blind. The device also gives patients a better sense of social connection, something they have missed since the loss of their sight.”

“In addition, patients are reporting that they can do things they have not been able to do for many years. Our research team is encouraged by the unique progress that each patient is making and we believe there will be continued progress the longer patients learn to use the Bionic Eye system.”

Prof. Allen added, “We are also encouraged that after a year of being implanted, all four of the visual prostheses have remained securely in place within the suprachoroidal space without the need for additional surgery. The stability and lack of serious adverse events of this implant is a clear advantage compared to other visual prothesis technologies that have been commercialized to date.”