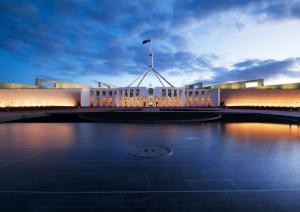 The Australian Government welcomes the recent adoption of two Australian-led resolutions by member states of the World Health Organization (WHO):

Australia was successful in adding Cervical Cancer Prevention and Control to the World Health Assembly agenda in 2018, and led the development of the resolution. Australia is a global leader on cervical cancer elimination. The resolution garnered co-sponsorship from a number of countries. The resolution on Cervical Cancer Prevention and Control has been recognised by the President of the Union for International Cancer Control (UICC), Princess Dina Mired of Jordan, as “a generational commitment to eliminate a cancer for the first time”. “Civil society applauds this achievement, which will bring true momentum to providing girls
and women the health care they need to thrive,” she said. “UICC salutes Australia’s global leadership in championing this cause, inspiring countries with the highest burden of cervical cancer and greatest needs to also commit to elimination.” The cervical cancer resolution highlights the importance of women’s and girls’ sexual and reproductive health rights in responding to public health issues like cervical cancer.

The resolution on Integrated People-Centred Eye Care, co-led by Australia and Indonesia, is an important step in ensuring eye health is integrated as part of universal health coverage worldwide. It supports implementation of effective strategies to address eye care needs, global research, and targets for eye health by 2030. Globally, at least 1 billion people have a vision impairment that could have been prevented or is yet to be addressed, and this rate is expected to rise. The burden of poor eye health is particularly felt by vulnerable communities and low and middle income countries. Australia’s global leadership aligns with our strong domestic eye health agenda. This includes Federal Government support for a five-year plan to improve access and close the gap in preventable blindness rates for Aboriginal and Torres Strait Islander Australians, funding for eye checks for people with diabetes under the KeepSight program, and activities to raise awareness about macular disease in line with the National Strategic Action Plan.