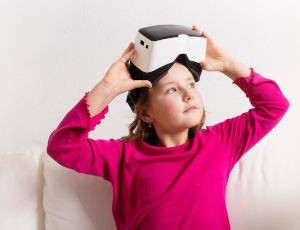 “The FDA approval of a new digital therapy with robust clinical evidence for children affected by amblyopia is a major development. Amblyopia is one of the most common conditions I manage as a clinician, and patients, parents and physicians often struggle with current therapies,” said David G. Hunter, MD, PhD, Ophthalmologist-in-Chief, Richard Robb Chair in Ophthalmology, Boston Children’s Hospital and advisor to Luminopia. “The idea of prescribing TV shows and movies to treat amblyopia in children instead of eye patches or eye drops is an exciting prospect.”

Amblyopia is conventionally treated with glasses combined with eye-patching or blurring (atropine) eye drops that prevent usage of the stronger eye and force usage of the weaker eye, but these approaches do not train the eyes to work together. Poor patient compliance and social stigmas also present significant challenges with these existing treatment options.

To develop a new therapeutic approach for patients, Luminopia partnered with leading clinicians and researchers at Boston Children’s Hospital and the Picower Institute for Learning and Memory at MIT, as well as beloved media companies like Sesame Workshop, Nelvana and Millimages. With Luminopia One, patients can choose videos to watch from a selection of 700+ hours of popular, engaging and educational content. Proprietary algorithms modify the selected videos in real-time within a VR headset to promote weaker eye usage and encourage patients’ brains to combine input from both eyes.

“We’re proud to be part of the FDA’s groundbreaking decision today, to approve a first-of-its-kind digital therapeutic that allows patients to watch their favorite TV shows and movies to improve their vision,” said Scott Xiao, chief executive officer of Luminopia. “We would like to thank our partners, advisors, study participants and team members for getting us here, and we are excited to bring Luminopia One to children with amblyopia across the country. This important milestone also opens the door for us to adapt our technology to create engaging digital therapeutics for other neuro-visual disorders.”

The company expects to launch Luminopia One in the second quarter of 2022, and the therapeutic will be prescribed by eye care professionals for 1 hour per day, 6 days per week, for 12-week periods, and used at home by patients. Luminopia One was granted approval based on positive data from multiple clinical trials, including a phase 3 pivotal trial recently published in OphthalmologyⓇ, the journal of the American Academy of Ophthalmology, demonstrating the therapeutic’s safety and efficacy in amblyopia patients aged 4-7. This study was the first successful randomized controlled trial of a new amblyopia therapy in more than a decade, and the first to show efficacy of a novel, binocular approach.

In this phase 3 trial, 105 children were randomized to either the treatment group, which received Luminopia One plus glasses, or the control group, which received glasses alone. A statistically significant difference in visual acuity improvement between groups was seen as early as 4 weeks. At the 12-week primary endpoint, the weak eye visual acuity of patients in the treatment group improved 1.8 lines on average on a logMAR eye chart, compared to a 0.8-line improvement in the control group. The difference between groups in improvement was significant (p=0.001).

In addition, 62% of patients in the treatment group showed a strong response, defined as a 2-line or greater improvement, versus 33% in the control group. Importantly, 84% of patients in the treatment group had a history of patching or atropine therapy and were still left with amblyopia, and Luminopia One was as effective in this subgroup of patients. Median adherence to the prescribed dosage was 88% over the study period, substantially higher than the 48% adherence seen in similar studies with patching.